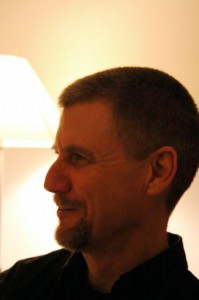 Rich O’Meara is most known for his compositions for marimba that are performed throughout the world.  His work has been featured on the NPR program “New Sounds”, the PBS documentary “The Music Instinct, Science and Song” and can be heard on the Audite, Cybele, Animato, Codamusic, and Koch Discover International record labels. He gave a master class and concert of his works at the Eighth International Festival of Percussion in Argentina and has received four ASCAP Plus awards.

Since 1999 he has been a member of Silent Orchestra; a collaboration with Carlos Garza to develop and perform new scores for classic silent films.  They have appeared at the Smithsonian Museum, the National Gallery of Art, the National Museum of Women in the Arts, AFI Silver, the Virginia Film Festival, the Savannah Film Festival and the Percussive Arts Society International Convention.  Silent Orchestra scores for “Nosferatu” (1922) and “Salome” (1923) are available on DVD from Image Entertainment.

O’Meara has performed with Kwo’m Percussion, Sandbox Percussion, One Earth Percussion Theatre, the Contemporary Music Forum, the National Symphony, and as a soloist with the Kitchener-Waterloo Symphony and The Women Composer’s Orchestra. Along with the members of So Percussion and his son, Kevin O’Meara, he has played with the Dan Deacon Ensemble and appears on Dan’s albums “Bromst” and “America”. As an active member of the improv/experimental scene in the DC area, he has played with Colla Parte, Trio O, Large Glass Bead Game and the Subtle Body Transmission Orchestra.