We’re performing our score for Salomé on OCt. 29th at the beautiful AFI Silver Theatre in downtown Silver Spring, MD. 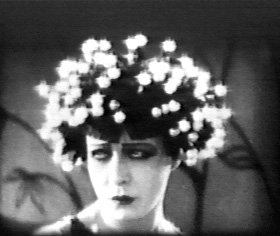 Regarded as one of America’s first art films, Salomé is adapted from an Oscar Wilde play that retells the saga of King Herod and his execution of John the Baptist to please his stepdaughter Salomé.

Eric Brace of the Washington Post had this to say about the 2001 premiere:

“A little more than a year ago, in the auditorium of the National Gallery of Art’s East Building, the duo Silent Orchestra was anything but as they provided a stirring and remarkable soundtrack to the screening of the 1923 silent film ‘Salome.”

This entry was posted in Events. Bookmark the permalink.