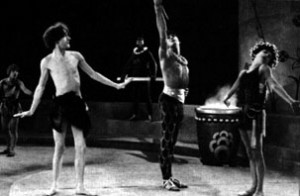 January was a great month for us. We saw the release of the Nosferatu DVD in January from Image Entertainment. Then 2 weeks later we played to a packed house at the National Gallery of Art with the premiere of our score for the 1921 SALOME.

Nosferatu was released on DVD in January 2 with our Dolby Digital 5 channel surround score. Image Entertainment issued a nice press release describing the new product. Check out our reviews section to see what the critics are saying about the DVD and video.

Did you ever wonder who puts these restored films together? We did for a while and then we met David Shepard. He is the man behind Film Preservation Associates and the producer of the Nosferatu DVD and video reissue that features our new score. Check out a recent interview with David Shepard that was done by Mark Zimmer for DigitallyObsessed.com and find out how he got started. It’s a fascinating story. This modest individual has made an impressive contribution to the preservation of our cultural heritage. He’s also met a surprising amount of resistance along the way. 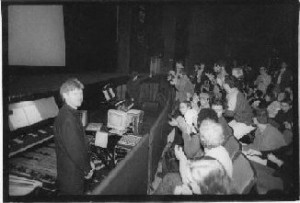 Please feel free to drop us a note and let us know what you thought of the show. We would love to hear an suggestions you might have.

This entry was posted in News and tagged Nosferatu, Salome, Virginia Film Festival. Bookmark the permalink.